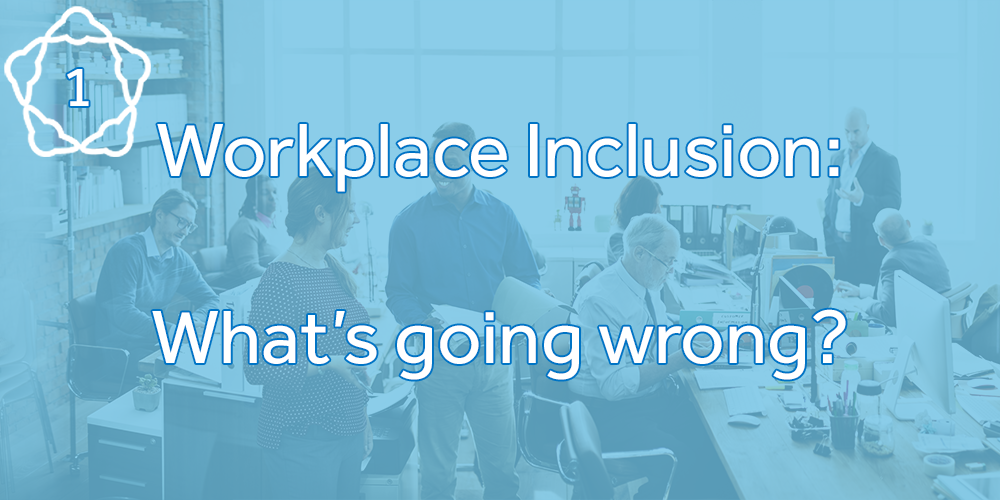 Well intentioned initiatives die from a thousand papercuts due to internal politics and conflicts of interest.

I sought assurances that the company’s statements on inclusion and diversity, were authentic and not just “box ticking”. With other LGBT+ colleagues we formed the first LGBT+ employee resource group in the company anywhere in the world. We participated in the Stonewall UK workplace equality index, and worked across diversity groups to bring about change. I then began to see, experience, and, regrettably, became personally complicit, in these conflicts of interest. I saw first-hand the conflict between the actions needed to bring about change, and the personal impacts that they can have. It creates a pernicious pressure on employees of all levels that the employer allowed to persist, and whether consciously or not exploits.

This is the first in a six-part series of posts that explores this more:

The benefits of equity, workplace inclusion and workforce diversity

The business benefits of equity, workplace inclusion and workforce diversity have been well described by academics, journals, and management consultancies. [1]

By “equity” we typically mean that individuals are treated according to their specific circumstances or needs. That can be compared with “equality” which typically entails treating everyone equally (and by implication that’s not responsive to individual needs. Inclusion is about the culture that allows everyone to be themselves and be proactively included. Diversity is about the wide range of ways that we are all different, unique, human beings.

Legislators and citizens also have increasing expectations that companies will behave ethically and responsibly in society.

PwC identifies that diversity is the solution, not a problem to solve. MIT Sloan Management argues that moving the needle requires nothing less than the full commitment of the CEO.

Some companies see these as integral to their business success, others (appear to) view them as acts of benign generosity.

The issues to address in companies and society are complex and deeply embedded so the interventions are often wide-ranging.

Many publications exist to guide executives and HR professionals on the initiatives they should lead to address the issues.

Initiatives can be connected with business strategy and governance using a framework such as making equality strategic.  Another useful approach is to consider the employee life cycle perspective.

The problem is that even with so much material available on the types of interventions and initiatives that can be deployed, and countless experts and consultancies operating in this field, it isn’t working.

This is evidenced by the many articles on the failure to make progress, for example Google Diversity Report Shows Little Progress For Women And People Of Color and Facebook has a diversity problem. That’s despite those same companies making positive statements about what they’re doing.

In outcome terms it is seen in lower than expected representation of certain groups in the workplace. That could be too few women and/or people of color in leadership positions. Or a gender pay gap due to fewer women in senior positions. Or those with non-visible differences not being out in the workplace. For example, lesbian, gay, bisexual or transgender people, or those with non-visible disabilities.

In the next part of this series we’ll explore why it’s going wrong.