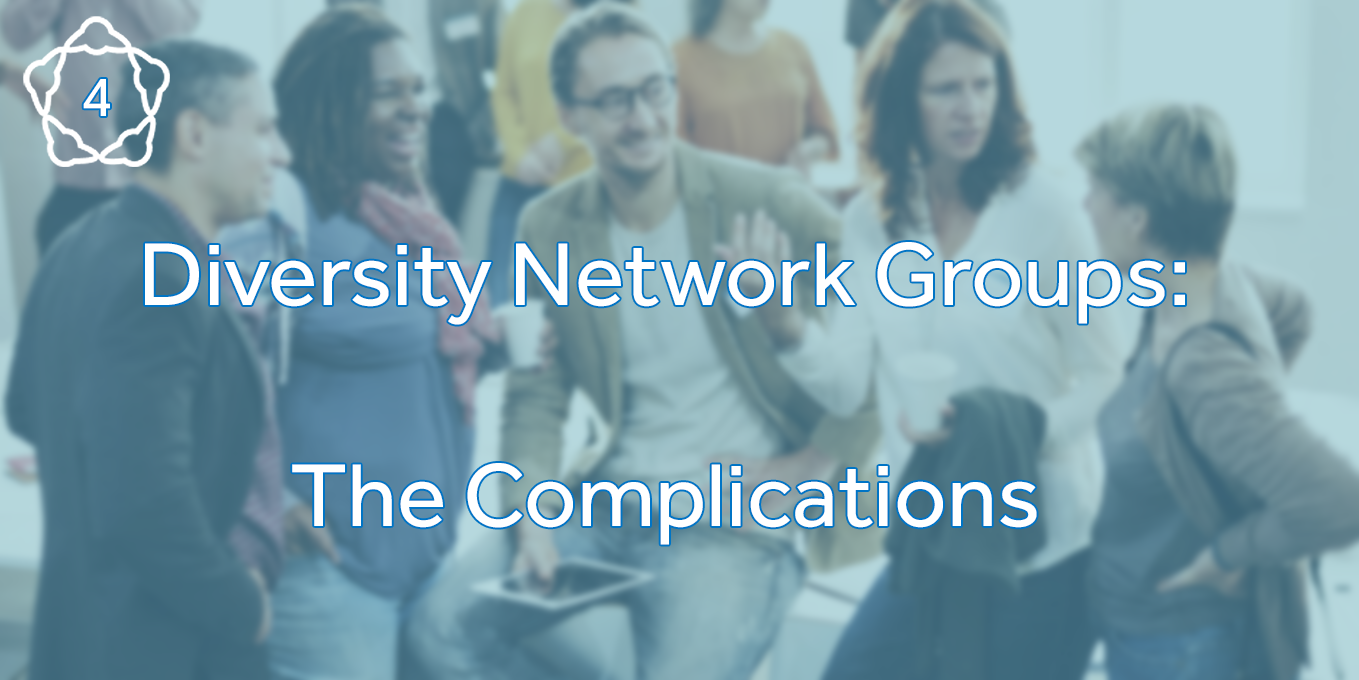 This insights mini-series has covered what networking groups/employee resources normally consist of, why they are so important and how to set them up.

There are, inevitably, complications and we’ll cover some of the more frequently experienced ones here.

“I’ve not had that problem”.

Often people who could be involved in a network group, or indeed more than one, say “well being black/a woman/gay /disabled/etc. has never been a problem for me so why should I be involved?”

Often this isn’t just about what an individual believes their own benefit will be, but also the ways in which they can help others.

There are some countries where employers are not permitted to maintain formal employee records of aspects that in some places are called “protected characteristics”.

There may be many reasons for this, not least of which is to protect employees from having their characteristics inappropriately being used in decisions about them. Unfortunately, this is often put up as a reason to not have networking groups or even communities of interest.

That’s likely a simplistic response and shouldn’t necessarily be accepted at face value.

For example, there should be nothing to stop a disability network from being established in a country where the employer isn’t permitted to record that about a person on formal records. Being part of such a network doesn’t mean that you’re disabled yourself it just means that you have an interest in the topic, want to learn and support others, and want to support positive change.

“Such campaigning / promotion isn’t permitted in this country”

Here we touch on what is acceptable, or potentially even considered legal, in any particular territory.

If this is a factor it is essential to understand very clearly what is and is not permitted, not just take common perceptions or stereotypes at face value. (This isn’t legal advice, you may need to source from company counsel.)

For example, discussions inside a company can be about how to do our best for our people. This does not necessitate campaigning or “promoting” a topic that is governed in some jurisdictions.

If the people who work for us can’t discuss such matters outside the workplace, it’s arguably an even greater reason for the company to have mechanisms in place that provides for them when at work.

Having a workplace environment where an individual feels valued and respected solely on their capabilities, and giving them a safe place where they can be themselves without fear of discrimination or retribution, is arguably a sign of a forward-thinking company.

“We don’t have that problem here so we don’t need such groups”.

This one can be a bit of a struggle to deal with. Is it really the case that:

There are many examples where the “no problem” line has been used because “there aren’t any LGBT+ people here” or “there’s nobody here with a disability”. In reality, it’s highly likely that they are there but that they are not known about or being engaged properly.

Alternatively, why do people not want to come and work for you?

“Setting up such groups is divisive”. “Creating these groups creates division among people instead of unity”. “I thought we were not supposed to make such distinctions”

This is a topic that requires some careful consideration.

It’s really important to note that networking groups, and indeed Diversity and Inclusion initiatives more widely, are not intended to create divisions – quite the opposite.  The networking groups however may shed light on divisions that already exist but that may not be visible to others.

For example, office banter that may be considered acceptable to some can be hugely offensive to others and thereby create or reinforce barriers. Company medical schemes or other benefits that do not provide for same-sex partners can cause real issues and distress. The networking groups can help the company and its people raise awareness of such issues and provide solutions on how to address them.

As has been mentioned in previous items in this series it is often the case that improvements sought by a networking group bring benefits for all, and indeed that most people are impacted by at least one if not all of the D&I characteristics in one way or another anyway – we are, after all, all unique human beings!

Networking groups bring huge value to the company and employees, but they aren’t without their challenges and complications.

Careful consideration of all of these factors is prudent and will help bring along all stakeholders.

Workplace Inclusion: Why is it Failing?